Showing posts with the label Ubuntu on Windows
Show All 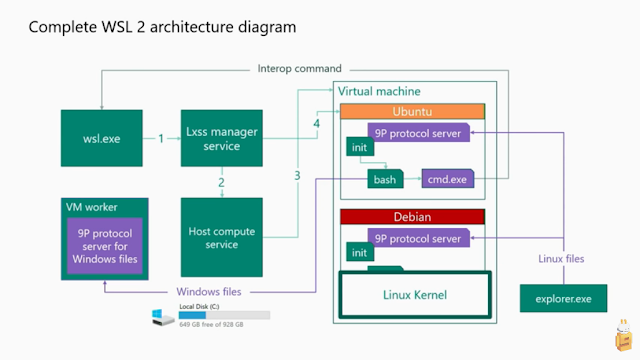 Hello, I got closer to Ubuntu Linux distributon while investigating a product top of Linux kernel during my new project involvement. As I do not want to create Virtual Machine and install  Linux to there, I focused on possibilities to use Windows OS itself  so Windows Subsystem for Linux feature of Windows Operating System Family came up as a solution. Apart from that I needed to setup conteinariztion for Windows to download dependent distributions of the product what i was looking for. Terminology before start: Windows 10 is a series of operating systems developed by Microsoft and released as part of its Windows NT family of operating systems. It is the successor to Windows 8.1, released nearly two years earlier, and was released to manufacturing on July 15, 2015, and broadly released for the general public on July 29, 2015. Ubuntu is a Linux distribution based on Debian mostly composed of free and open-source software. Ubuntu Server is a server operating system, developed by Canoni
Post a Comment
Read more
More posts